Rüeger SA near Crissier (Lausanne), Switzerland, now into its third generation of dynamic and enthusiastic family management, has consistently set the pace in the fields of temperature and pressure measurement of high precision.

Rüeger has specialized in the development and manufacture of temperature measurement instruments, particularly electrical temperature sensors, bimetallic and gas pressure thermometers since it was founded in Lausanne in 1942. It has for over twenty years steadily expanding its range, especially in the production of high added value of multi-probes.

In addition to being well established in Europe and Asia with a network of 3 subsidiaries (Germany, Malaysia and China), Rüeger works with more than 60 agents worldwide.

Rüeger became a major actor as a solutions provider in the fields of temperature and pressure.

Once just the name of a modest engineering workshop, Rüeger has become a synonym for the quality products of a world-renowned company in a success story, which has spanned nearly 70 years.

In 1942, Ernst A. Rüeger manufactured his first bimetallic thermometer.

In 1955 the first subsidiary company, Rüeger GmbH, was set up in West Germany to promote sales of the Swiss-made thermometers.

In 1962 Rolf Rüeger succeeded his father at the head of the firm. Under his leadership the family business was modernized, developed and made into a limited company.

Soon, the Lausanne premises became too small and in 1967 a new factory was built at nearby Crissier, allowing the company to meet the growing market demands and satisfy increasingly strict quality requirements.

In 1997, Rüeger Sdn Bhd opened in Malaysia in order to offer better service to his agents and clientele located in South-East Asia. In the same year, the production area at Crissier was doubled so that the sensors could be manufactured in the best possible conditions. 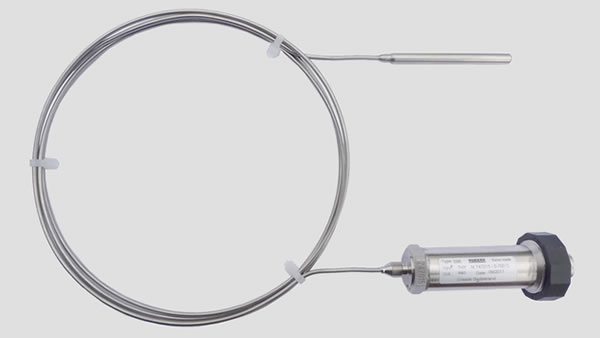 In 2012, Jean-Marc Rüeger was appointed CEO of Rüeger SA. His brother Bernard was appointed Chairman of the Board, and takes responsibility for Business Development Group.